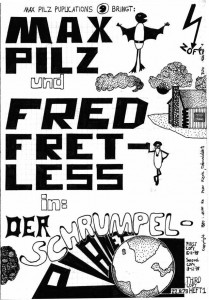 This is a re-telling/re-imagining of the very first comic I made, The Shrinking Planet. Considering that this was made at the peak of my abilities shows clearly why a career as comic creator was out of the question. Although the basic story idea is not much worse than a lot of other material I was exposed to in the early 1980s, the stuff that happens is pretty un-scientific.

END_OF_DOCUMENT_TOKEN_TO_BE_REPLACED 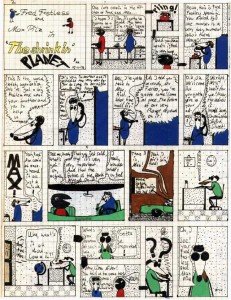 This was the first real story I tried to draw up as a comic. Before, my friend Klaus and I would draw short picture stories featuring a character looking a little like the animated inspector Clouseau from the Pink Panther cartoons.

END_OF_DOCUMENT_TOKEN_TO_BE_REPLACED 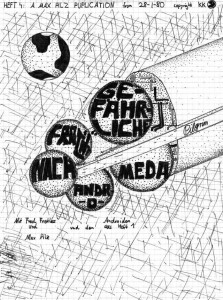 The title of this last, most elaborate and never finished comic story in English is “Dangerous Cargo to Andromeda”. It was planned as a continuation of the German version of The Shrinking Planet and I had all sorts of profound revelations and plot surprises planned…..